The Philippine automotive industry declines 6% for August on month-on-month comparison mainly due to seasonality. According to the report issued by the joint Marketing Committee of the Chamber of Automotive Manufacturers of the Philippines, Inc. (CAMPI) and the Truck Manufacturers Association (TMA), last month sales reached 23,181 units only versus 24,569 units for July. Though August sales declined, its volume is still 21% higher than the 19,116 units sold during the same month last year.

Most categories were affected by the seasonal decline. Passenger Cars segment is the only one that played well with 10,334 units, an increase of a little over 100 from 10,221 of July. Slight growth was because of a few brands’ new sub-compact car introductions, continuous marketing efforts, and attractive financing programs.

The Commercial Vehicle division sales dropped by nearly 11% across AUVs, Light Utility, and Heavy Duty vehicles. Commercial Vehicle Category I (AUVs) plunged with mere 12,847 units compared to July’s 14,348 units. Category II (SUVs) went down by 9% at 7,984 units from 8,798 of July. Light trucks and Heavy Duty trucks collectively decreased 5.8% (from 841 units down to 792).

With regard to the worsening traffic condition, Atty. Gutierrez has this to say, “Passenger Cars, the only category that increased in sales, performed well because of the sub-compact cars that are appealing to most new buyers whose main concern is improved mobility. The more efficient sub-compact cars occupy smaller space and contribute to the demand for greater mobility in the absence of a more efficient mass transport system. In addition, CAMPI will also be campaigning for responsible driving as one of the sustainable solutions to the problem.” 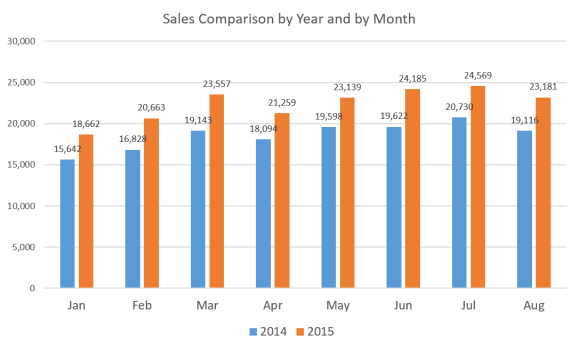 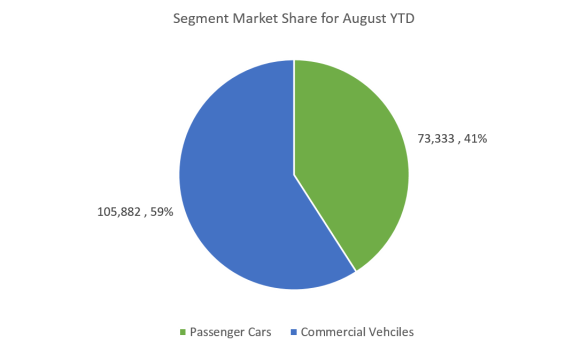 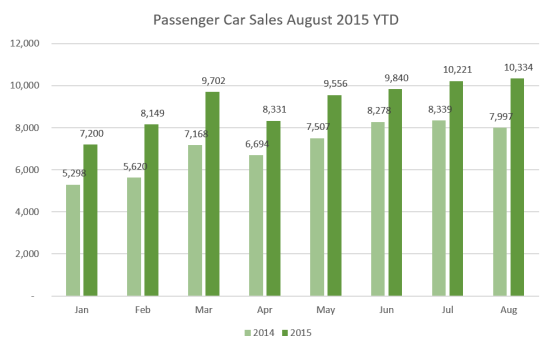 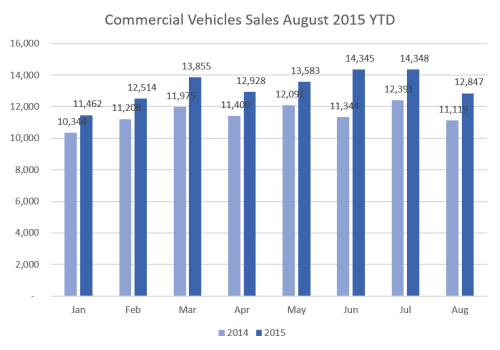