The Philippine automotive industry continues to rise up for November as it achieved a year-on-year growth of 25.9 percent. In a recent joint report of the Chamber of Automotive Manufacturers of the Philippines, Inc. and Trucks Manufacturers Association, 26,979 units were sold last month coming from 21,422 units sold of the same month last year. Year-to-date sales figures reached 261,930 units versus 213,427 units in the same period in 2014.

Both Passenger Cars and Commercial Vehicles segments enjoyed their growths. The Passenger Cars climbed by 32.5 percent with 10,649 units compared to 8,040 units in November of the previous year. The increase in mainly because of continuous attractive marketing efforts and flexible financial options. Despite the significant year-on-year growth, this is a decrease of 5.2 percent versus October Passenger Car sale performance.

For the Commercial Vehicles, the segment garnered 22 percent growth with 16,330 units sold coming from 13,382 units of November 2014. All subcategories of Commercial Vehicles had their shares of expansion. It is Category II (SUVs) that had the biggest sales with 10,344 units, an increase of 16.9 percent from last year. Most notably, Category V (Heady Duty Vehicles) had the biggest growth with 144.1 percent increase or 166 units sold from 68 units of the previous year. Regardless of its good performance, Commercial Vehicles also experienced a 6.3 percent decline compared to October’s sales feat.

“With another impressive growth in November 2015, we are most likely to achieve our target of 310,000 units for the year”, according to CAMPI president Atty. Rommel Gutierrez. 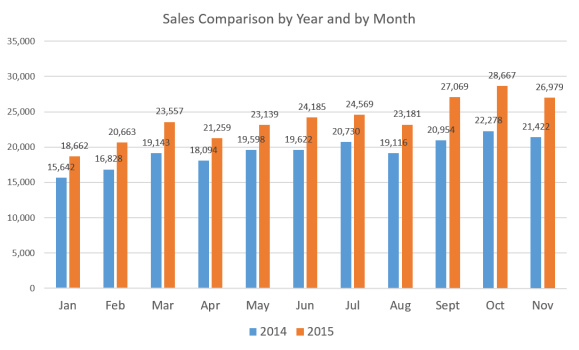 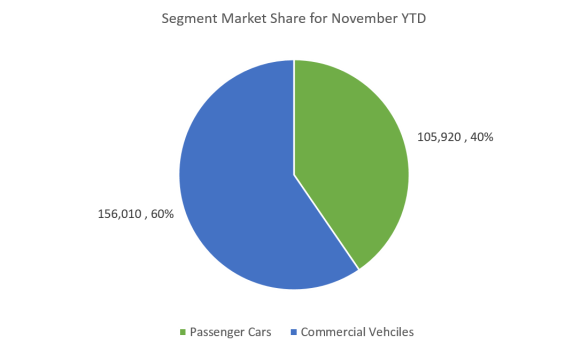 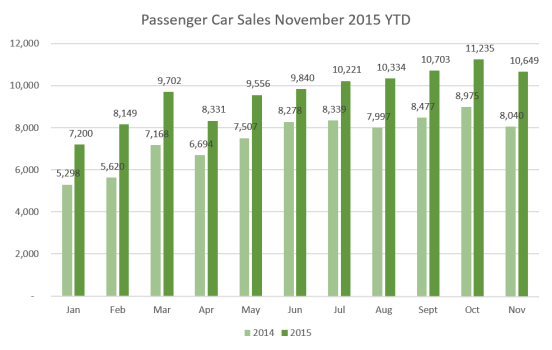 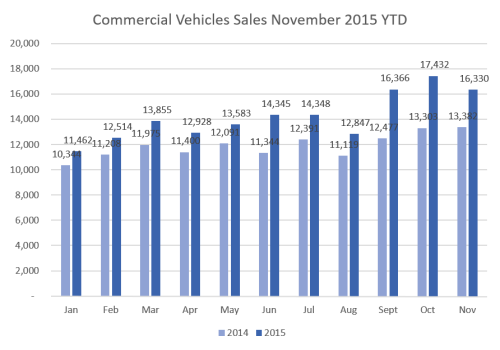