MANILA, Philippines, July 10, 2014: In celebration of the Philippine automotive industry’s exponentialgrowth, the Chamber of Automotive Manufacturers of the Philippines (CAMPI), the country’s largest auto industry organization,gathered motoring industry playersandmembers of the media for the launch of the 5th Philippine International Motor Show (PIMS) happening on September 18-21 at the World Trade Center in Pasay City.

On its 5th year, CAMPI takes PIMS into a whole new level as it features the largest convention of motoring manufacturers and distributors in the country. Aside from a high caliber motor show, the event will also serve as the launch pad for majority of the participating brands to introduce their latest vehicles and cutting-edge technologies including concept engines and hybrid cars. There’s also the iconic car display called “Progress in Motion: The Evolution of Philippine Automotive Industry” which will showcase 12 iconic cars that represent six decades of automotive trends in the country. 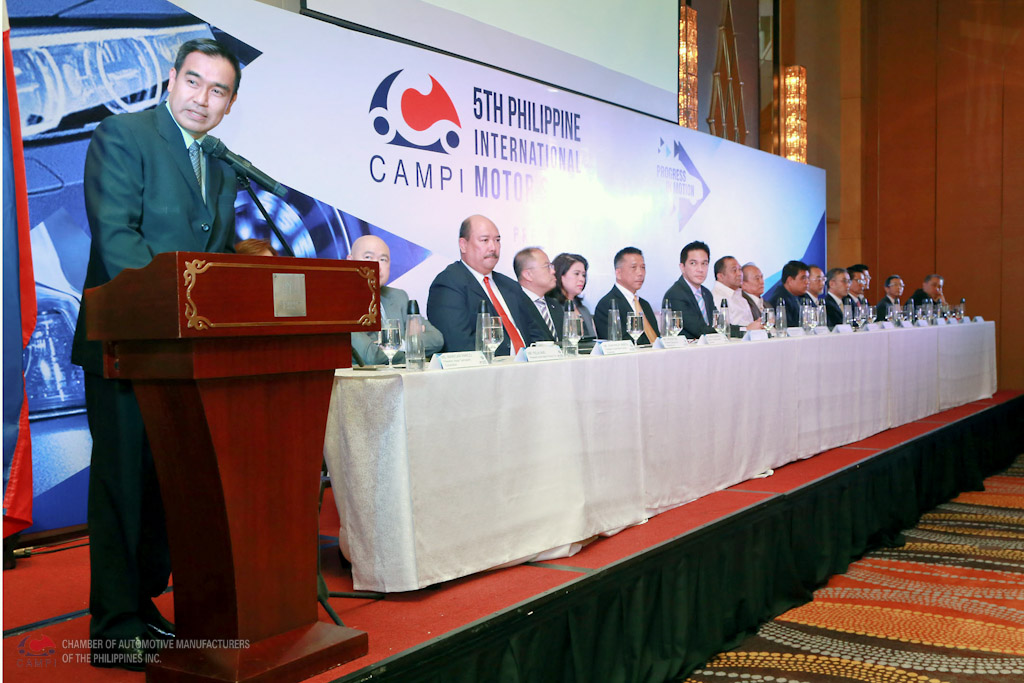 “There is no better occasion to celebrate the automotive industry achievements than at the 5th Philippine International Motor Show,” said Atty. Rommel Gutierrez, CAMPI President. “PIMS is set to give the industry another boost as we continue to strengthen our footprint in the ASEAN region,” he added.

With the theme “Progress in Motion”, the country’s most authoritative car show serves as a platform to champion milestones and successes achieved through collaborative efforts from the private sector and the government. The automotive industryreporteddouble-digit growth for three consecutive years. From 11% in 2012, industry sales climbed to 16% in 2013. In June 2014, the industry achieved the highest monthly sales of more than 19,000 units from over 14,000 units sold in the same month last year. For the first six months of 2014, CAMPI members already sold more than 100,000 units representing a staggering 25% year on year growth.

This progress transcends the automotive industry and has greatly influenced the economy as a whole, as it accounted for 12% of the industrial sector output and 4% of the total GDP, according to data from the National Statistical Coordination Board (NSCB). Philippine automotive industry has generated more than P120 billion in investments which translatedto almost 500,000 jobs for Filipino workers. It contributed to the national budget in terms of annual payment of duties and taxes of over P30 billion and recorded total exports of about US$3.4 billion in 2013.These major contributionsare expected to increase this year with a higher forecast of 20% growth amounting to projected sales of over 250,000 units, up 9% over the original 230,000 units announced in January. 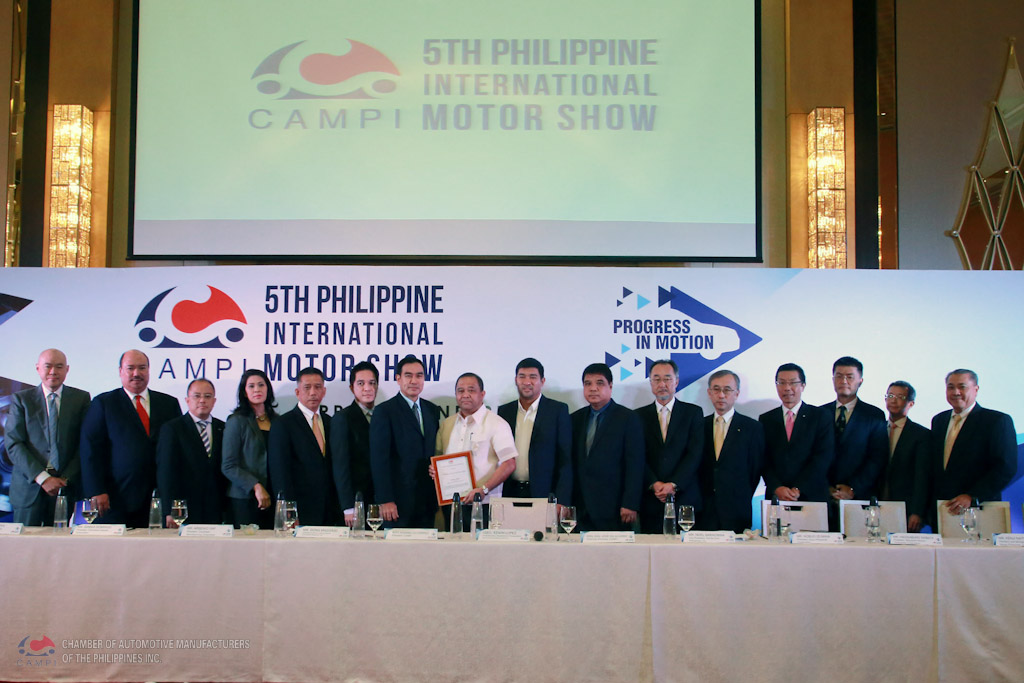 “We at CAMPI put great importance on furthering the country’s economy with the goal of making Philippines a prime automotive production hub in the ASEAN region. In fact, we are working hand in hand with the ASEAN Automotive Federation (AAF) to ensure that we are always at par with the standards of the region,” said Gov. Jose Ch. Alvarez, CAMPI Chairman.“With the support of the government and private sectors, I am confident that the Philippine automotive industry will continue to progress,” he added.

CAMPI also gives emphasis to its “Vision 2020”,a goal to reach the 500,000 markin the next six yearsprodded by the growing domestic demand for automobiles, the price variance in the Philippines compared to other ASEANmarkets as well as the industry’s capacity for exports.The strong domestic market potential is marked by the Philippines’ current population of 100 million with a vehicle ownership ratio of only 35 per 1,000 population, much lower than those of its ASEAN neighbors. The country already reached a GDP per capita of US$2,790 in 2013, higher than the motorization threshold income of US$2,500 which makes the potential growth even more attainable.This vision can only be achieved with the right policy direction and government intervention through the issuance of the much-awaited automotive industry roadmap.

CAMPIinvites everyone to support the automotive industry by taking part at the 5th Philippine International Motor Show andwitnesskey industry players come together to help shape and strengthenour nation.